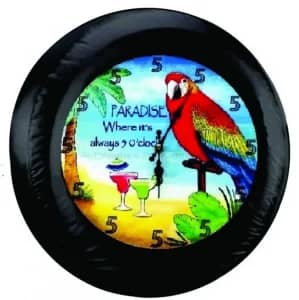 When did the Paradise Parrot evolve?

Birds of paradise—the gaudy songbirds known for their bizarre courtship displays and ornamental plumage—evolved from a crow-like ancestor as early as 24 million years ago.

When did the Paradise Parrot live?

In 1927 in scientific terms, this parrot is known to be more genetically diverse than the other Endangered species. It is known to be the only Australian parrot that has been recorded as Extinct. It is believed that the last live bird of this species was spotted in 1927 in its native range.

How did Paradise Parrot become extinct?

The extinction of the Paradise Parrot is likely to have resulted mainly from a combination of the annual burning of native grass (at the critical time when the grass was in seed) and overgrazing, in combination with the effects of a severe drought, so that little seed was produced for several years (Barnard 1917; Barnard …

Are there any extinct birds of paradise?

As per IUCN, the Red List of threatened species, the Greater bird of paradise, Paradisaea apoda, is categorized as a Least Concern (LC) species. Being a common species in their native range, they are not extinct. However, their population is decreasing due to deforestation and other factors, making them endangered.

How we make your Five O’ Clock Bird of Paradise Tire Cover.

From our supply stock, our cutting department plans months of cutting in advance. To supply the printing department with the product needed for their printing schedule, determined by our sales department and executive management team. Similarly, at the same time, we have a team that cuts and ties our elastic. Sewn into the sideband to hold the tire cover in place when installed. Other people involved in making and shipping our tire covers include. Those who make the plastic liners we supply in sending the tire cover to make them easier to install. Also, the employees who make and install the security grommets, cable, and lock, for those customers who feel they need such a product.

In addition, what happens when you place an order?

Our front offices have two order processors who print out orders over the phone and the internet. In addition, they review them to check shipping address for correctness. Orders sent to the floor to order pullers to see if the products stock and the customer sent an email verification of processing.

Then a work order sent to printing to supply the print to the floor. The printed circle sent to sewing department, assembled. The cover, along with its order paperwork, sent to shipping, where  checked, and the security system installed if required, then boxed. In addition, the box and its paperwork sent to our shipping department, where the shipping label produced. Next, put in a mail or ups bin, waiting pick up by the proper carrier. To make a long story short, we just produced your tire cover. The shipping department mark the product complete, and you sent a tracking information email.

Not sure what size to buy? Please use our TIRE SIZE CALCULATOR to check your tire size. —Steve, CEO

CustomGrafixTireCovers™ has over 10,700 Tire Covers SOLD since 2001